Next steps after the workshop game - a Community of Practice

Update: the first meeting for the Community of Practice will be in the evening of Wednesday December 13 2017. If you are interested in attending - or keeping in touch - let me know David Wilcox david@socialreporter.com

The workshop took the key elements from official reports on developing new infrastructure for civil society - the challenges, ideas and methods to develop solutions - and turned these into props for a role-playing game. We analysed the further ideas developed by participants, and created an interactive map. This showed where to focus further development.

As next steps we propose forming a community of practice for change agents who want to help build a set of interlinked networks that will create a cooperative platform for London. We'll report these ideas to the official Hub advisory group, and use them as a basis for fund-raising.

Recap on the game

The workshop game brought together three sets of ideas;

The background to those ideas and reports is here. We also drew on the idea of social ecosystems.

The aim of the workshop, and the game that we played, was to “unpack” these complex ideas using a set of props that would help participants create their own set of proposals for, as we called it, Citizen-led hubs.

As Our Way Ahead say in their statement of purpose:

We want to build accessible digital community platforms, research and map grassroots community activity, to facilitate collaboration, strengthen local platforms and spaces for action and build the voice of those at the grassroots level.

We want to achieve “bottom-across”, not rely on linking existing networks or a central hub. We need all three. 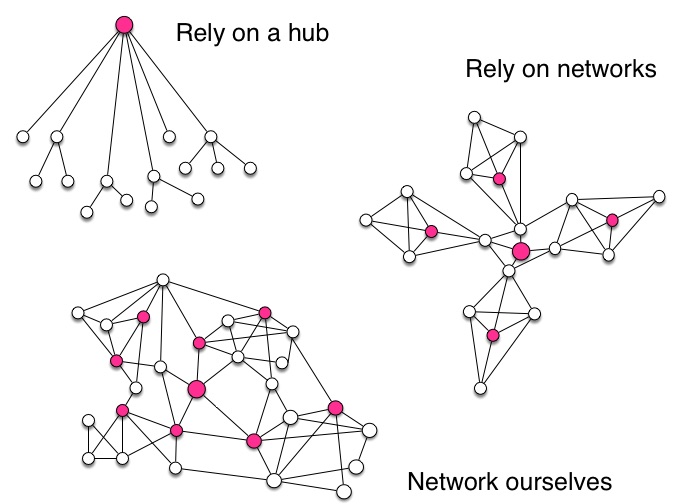 We provided game participants with a set of props for their discussions, drawn directly from the above reports. The props were:

Participants then developed ideas drawn from the reports, or developed their own.

Drew Mackie produced a map of the way that reports, challenges, ideas and methods are linked - and an analysis of where clusters emerge.

The idea of a platform rather than a Hub

It should act as a convenor and enabler, rather than direct deliverer, in effect delivering change through networks and platforms, rather than through traditional organisational and membership delivery methods.

The implication is that the Hub should build the networks, and create the platforms. Our Way Ahead believes that, in the spirit of the main Way Ahead recommendations, the networks and platforms should be developed bottom-up.

We also like the idea of a cooperative structure in the longer term:

A co-operative structure has been suggested, with a strong identity and purpose, in which a variety of main stakeholder agencies (and perhaps even Londoners) have a stake, e.g. by owning a share as investors.

The current Hub proposals say that membership of the Hub company will be open to all Londoners.

So why not build a collaborative, open, bottom-up platform to support networks, perhaps owned by Londoners? That isn't entirely far-fetched. The idea of platform coops is gaining momentum. Most of those are aimed at creating alternatives for workers and consumers to the big commercial platforms.

We are thinking about something with the same values, but a different approach. We don't want to build new software systems - we couldn't get the resources or sustain the systems. What we think could be more feasible is platform and network building that:

Developing a Community of Practice

So, instead of building a technology platform, build a platform for change agents - an idea sparked by this blog post by Dion Hinchcliffe. 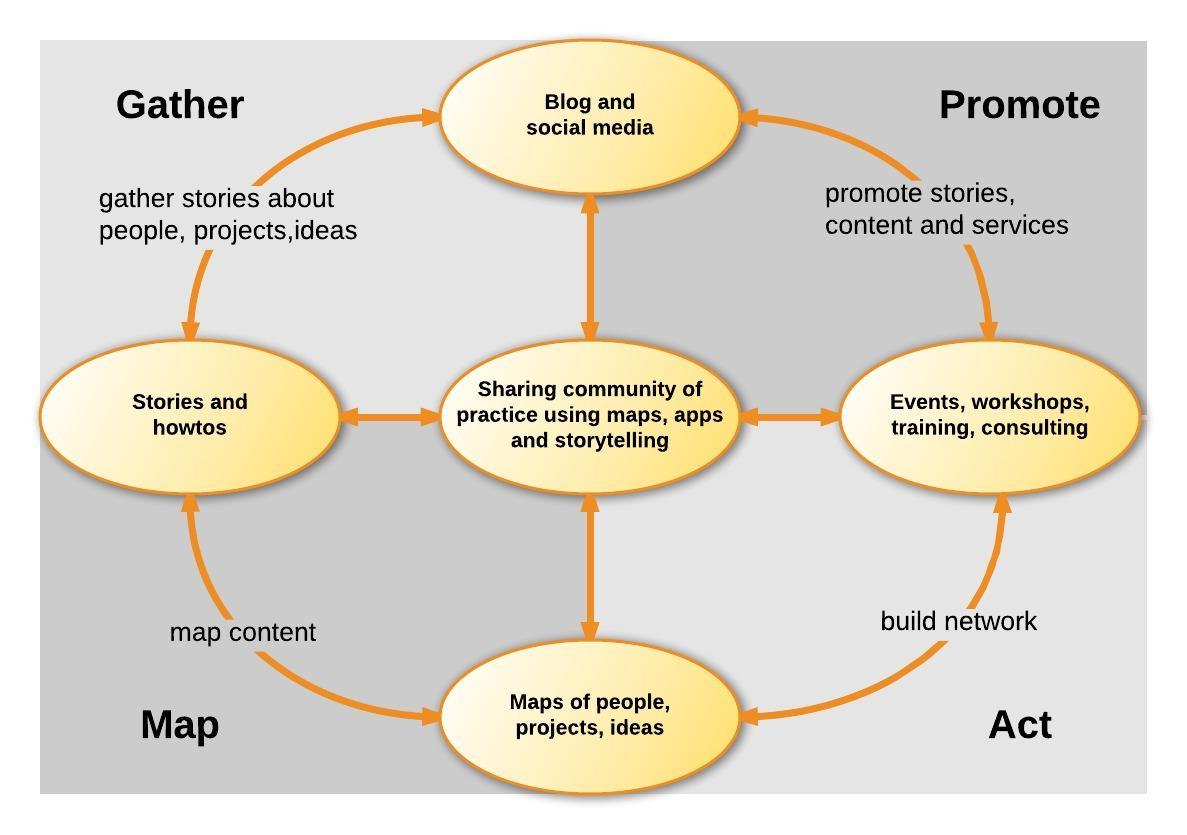 More here on how that would work

Moving from the game to the Community of Practice

We hope that people who came to the workshop on November 16 - and previous events run by Connecting Londoners and Our Way Ahead - might be founder members of the Community of Practice.

We will also report our ideas to the Hub advisory group.

In the longer term the aim would be to join up the networks revealed by mapping, build new networks, and support them. Together with the work undertaken by the Hub these would form the sort of Platform for London envisaged in Steve Wyler's report.

If you are interested in this approach email David Wilcox david@socialreporter.com. I'll shortly set up other ways to join in.

Further ideas for a Community of Practice