Age of No Retirement prototype

Ideas for connecting citizens and building local communities - developed in the Joined Up Digital initiative - moved forward significantly at The Age of No Retirement Festival yesterday.

A workshop of 10 specialists endorsed the original idea of supporting community connectors and networks with digital technology and other methods to build relationships, and added the idea of inviting all local users and providers of services and opportunities to become a local coop.

This draws on ideas originally proposed by Mervyn Eastman for an East End Sharing Passion project, and links with the idea of a national development coop reported here

The workshop group spent the morning exploring a range of opportunities and barriers for using digital tech to benefit people of any age - even if they did not have access to technology or were not confident users. Then at lunchtime Paddy Hanrahan explained the concepts that he and the team, supported by the Centre for Ageing Better, developed in Joined Up Digital, and tested in our event in May. 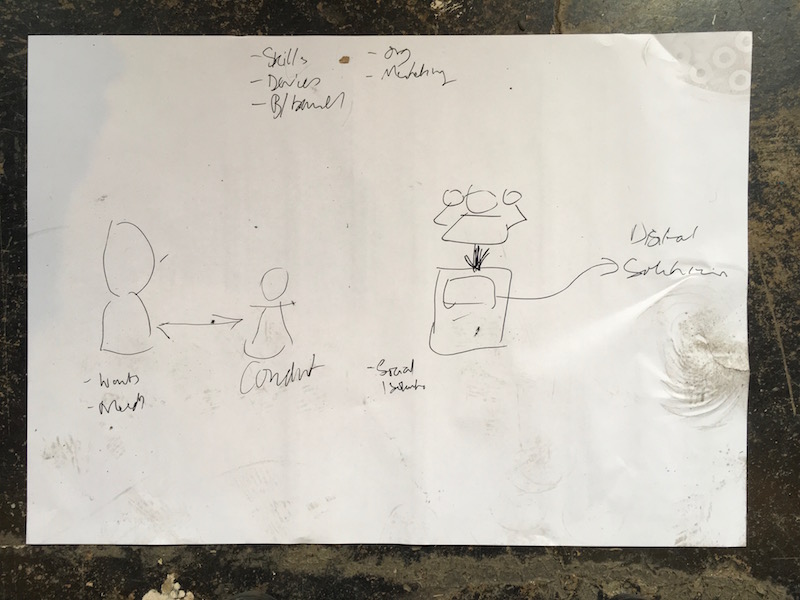 Paddy sketched a very simple diagram (later improved) of how people with wants and needs could benefit from help from a connectors or conduit … someone who might be a friend, family member, local activist, volunteer or professional.

While these connectors could draw on personal knowledge, they could be enormously more helpful if they - and anyone else - had access to a local knowledge store online, on notice boards and/or in print. Better still if this were available through a mobile app as well.

Some of these systems do exist - notably in Scotland where the LivingItUp portal has an enormous range of local and national resources. But few communities have access to multichannel knowledge and support systems. 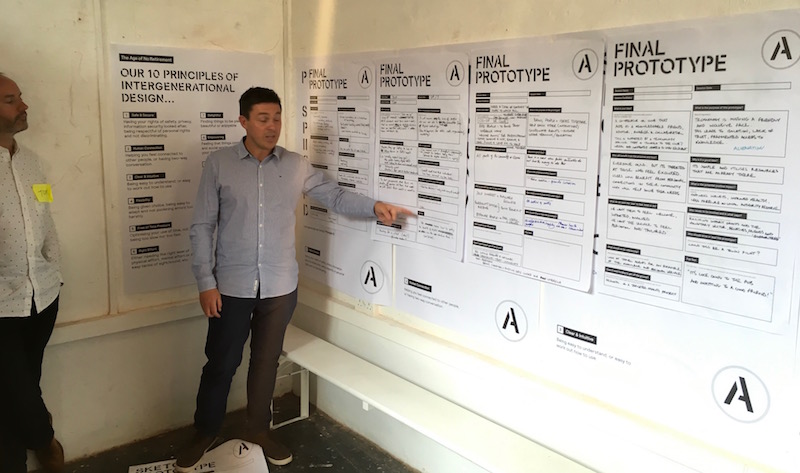 Inspired by Paddy's sketch and explanation, we split into four groups and developed the concept in more detail, adding the idea of offering all users and contributors the opportunity to become members of a coop. This would ensure a sense of ownership, and ways of maintaining and updating the system.

Amazingly the four groups came up with a similar concept, and we were able to consolidate on to one sheet, which Paddy then presented back to all people attending the Festival.

The key concepts were:

Purpose of this prototype

The knowledge store would of course be accessible online to anyone confident in using digital technology. The aim of the the connector concept, and other channels, is to ensure everyone in a community can benefit from better information opportunities, services and networks.

The connecting coop concept will join four others on the Age of No Retirement online system for further development.

Thanks to facilitator Tom Evans for guiding the group to such a creative prototype.